This tropical Aloha shirt features heliconia and bird of paradise flowers on a black backgroudn giving this shirt some high contrast pop. The shirt is made of 100% rayon and has a matched shirt pocket and genuine wood buttons. Made in Hawaii. 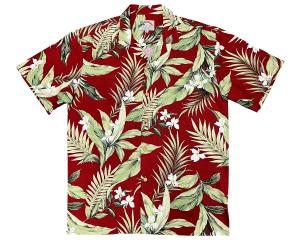 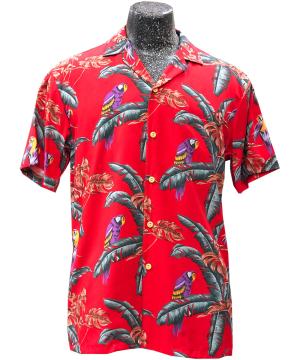 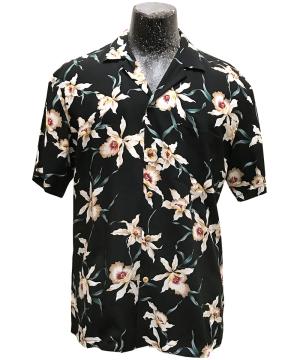 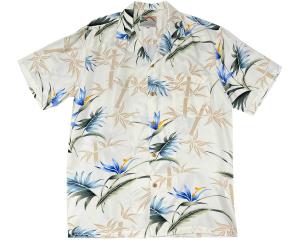 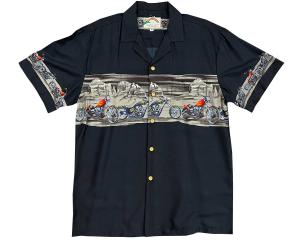 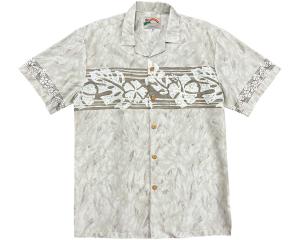 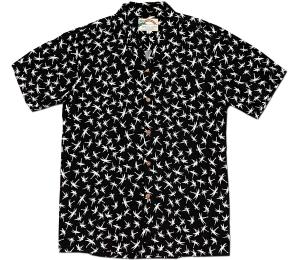